Reminisce with Dashboard Confessional at Revolution 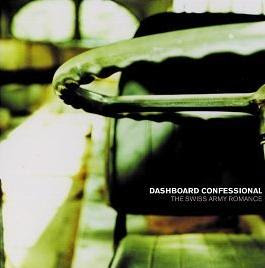 November 27 marks the date that south Florida’s own Chris Carrabba, better known as the outfit Dashboard Confessional, embarks on a national tour in honor of the ten year anniversary of his first album, The Swiss Army Romance. While for some the event is sure to go unnoticed, attendees will probably be in for a sweet treat of high school nostalgia as Carrabba is set to do an acoustic version of the album in its entirety. Though Dashboard Confessional has almost always been a multi-member band, Carrabba has been the main driving force behind the lyrics and music that was irresistible to teenagers, guys and girls alike, in the early 2000’s. Okay, at least the guys open enough to be in touch with their feelings or musically- inclined.

The evolution of Dashboard’s music is evident throughout the years with several band member changes and a seemingly endless winding search for their original, trademark sensitive sound. While producing later albums, Carrabba once said that he was hoping to get back to that natural feel of the first couple of albums, which were written around the same time and before the official formation of the band. The journey is evident as a more mature, wider range of topics are covered in more recent albums- Dusk and Summer addresses war in Slow Decay “And I didn’t hate those that I killed but they’re all dead now, but I’m here alive with satellites and Friday nights”. But nothing compares to the obvious underlying theme of every single song of Carrabba’s first three albums: love. Perhaps that’s what drove the kids crazy back then. The highs, the lows, the anguish of young heartache; paired with Carrabba’s ability to convey these raw feelings through optimistic music and words which were everything you felt but never knew how to say. For some, Swiss Army Romance, was quite literally the soundtrack of their lives at the time. If you’re a fan you won’t want to miss this opportunity to revisit your past and remind yourself why “youth’s the most unfaithful mistress.”